American Roulette is the popular term for two-zero roulette. In many places, the game is also known simply as double zero roulette. It continues to be a popular game, both at land-based casinos and online, which is a bit strange, since the game has twice as bad chances of winning as European Roulette.

American Roulette, as the name suggests, has its origins in American casinos. The game came to the country in the latter half of the 1900s, and there were several variants of the game until the version we know today became standard in New Orleans.

The wheel of an American Roulette consists of 38 numbers, with 36 numbers and two zeros (0 and 00). The numbers are placed in an illogical number order, which, however, is the same across most of the world.

Bets can be made on the individual fields, or on different number sections. You can also play on even or odd, as well as on red or black.

If the roulette hits one of the two zeros, the bet is lost. However, it is possible to bet on 0 or 00 as an outcome, which pays the money back 35 times.

The house edge for American Roulette is 5.26%, which is twice as much as the 2.7% found in European Roulette.

The payout table for the different types of bets on American Roulette is as follows:

If you are keen to play this American Roulette, then you can join it at SA Gaming, a trustworthy online casino in Thailand. 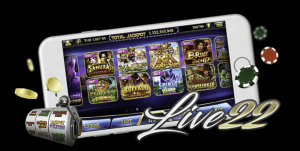